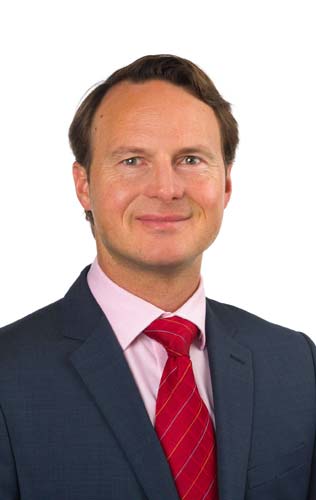 Chief of Rheumatology and Clinical Immunology at University Hospital of Münster, Germany

However, RS suppressed the abundance and translocation of L. reuteri via short-chain fatty acids, which inhibited its growth.

Thus, RS exerts beneficial effects in lupus-prone hosts through suppressing a pathobiont that promotes interferon pathways implicated in the pathogenesis of human autoimmunity.

Dr. Kriegel is currently Chair of Rheumatology and Clinical Immunology at the University of Münster, Germany, and Adjunct Associate Professor in Immunobiology at Yale School of Medicine. His laboratory explores host-microbiota interactions in autoimmunity by combining human microbiome studies with gnotobiotic models.

Dr. Kriegel received his MD/PhD equivalent at the Friedrich-Alexander University of Erlangen, Germany, in 2001. From 2003 to 2006, he performed postdoctoral training in the laboratory of Richard Flavell at Yale School of Medicine, followed by a medicine residency at Beth Israel Deaconess Medical Center and rheumatology fellowship at Brigham & Women’s Hospital in Boston, Massachusetts. During this time, he turned to microbiome research in the Benoist/Mathis laboratory at Harvard Medical School.

Dr. Kriegel returned to Yale in 2012 as an Assistant Professor in the Department of Immunobiology and an Attending Physician in Rheumatology at Yale-New Haven Hospital. In 2017, Dr. Kriegel became a Senior Principal Scientist at Roche and advanced to Associate Professor Adjunct at Yale in 2018 before taking a tenured position in Münster, Germany, in 2020.

He now heads the Section of Rheumatology and Clinical Immunology at the University Hospital of Münster and the Department of Translational Rheumatology and Immunology at the Institute of Musculoskeletal Medicine. He has received the Lupus Insight Prize of the Lupus Research Alliance and the Rudolf Schoen Prize of the German Society for Rheumatology, among other awards, for his work on the role of the microbiota in autoimmune diseases.